Sweden, the Land of many Wonders
IN the world of films, Swedes are often portrayed as slow-witted blondes.
But the truth is far from it. Just take a look at the list of things
that they’ve produced over the years

Tetra Pak
In 1951, Erik Wallenberg and Ruben Rausing revolutionised the idea of Tetra Pak,
which allowed the storage of non-carbonated drinks such as milk and juice in
plastic-coated paper containers.
Celsius temperature scale
Even as a young schoolboy, Anders Celsius exhibited unusual mathematical talent. In 1747, the astronomer invented the Celsius temperature scale, although his initial findings placed the boiling point of water at zero degrees and the melting point of ice at 100°C. Carl Linnaeus later reversed the scale.
Safety match
By replacing the deadly yellow phosphorus used in earlier matches with red phosphorus, Gustaf Erik Pasch invented the safety match in 1844. Eleven years later, Johan Edvard Lundström developed the first phosphorus-free safety match.
Zipper
The first successful zipper was invented by Gideon Sundbäck in 1900. Amazingly, the appearance of the zipper remained unchanged over the years.
Nobel prize
Alfred Nobel was a scientist, entrepreneur, author, pacifist and the inventor of the dynamite. In 1895, he laid out the foundations for the Nobel Prize in his last will, leaving much of his wealth to the establishment of the prize. Every year since 1901, the Nobel Prize has been honouring men and women from all corners of the globe for outstanding achievements in physics, chemistry, medicine, literature, and for work in promoting peace.
Three-point seat belt
In 1959, Volvo introduced the world to Nils Bohlin’s three-point seat belt, which has become a standard safety device in most cars today. 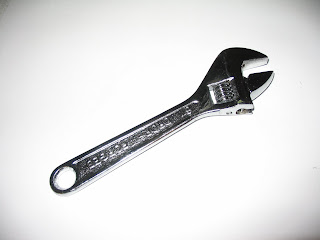 Adjustable wrench
As a solution to carrying numerous wrenches for various screws and nuts in his work as a fitter, Johan Petter Johansson (1853 - 1943) invented the “universal wrench”, an adjustable pipe wrench, in 1899.
Gripen
In 1993, aerospace company Saab released the JAS 39 Gripen, a lightweight single-engine multi-role fighter. It is the first Swedish aircraft that can be used for interception, ground-attack and reconnaissance, offering high agility, advanced target acquisition systems and modern weapons.
Peepoo
Architect Anders Wilhelmson is the man behind Peepoo, a disposable toilet in the form of a bag made out of biodegradable bio-plastics. Field-tested in Kenyan slums, Peepoo works as a mini sewage plant – after two to four weeks, the germs in the faeces are decomposed and the contents in the bag may be used as fertiliser.
Professor’s privilege
While others in the EU have long since abolished the practice, Sweden still supports the “Professor’s Privilege”, giving professors the exclusive rights to patent their own inventions and research findings. All results belong to the professors, even if their research has utilised governmental funds and were conduc­ted using the facilities of the university.
ABBA
Since their debut in 1972, Swedish pop group ABBA has sold over 375 million records worldwide. ABBA is the first pop group to come from a non-English-speaking country that enjoyed consistent success in the charts of English-speaking countries.
The Girl With The Dragon Tattoo
Prior to his sudden death of a heart attack in November 2004, writer and journalist Stieg Larsson finished three detective novels in his trilogy “The Millennium series” which were published posthumously; The Girl With The Dragon Tattoo, The Girl Who Played With Fire and The Girl Who Kicked The Hornets’ Nest. In 2008, he became the second bestselling author in the world behind Khaled Hosseini. By 2010, over 20 million copies of his books were sold in 41 countries.
Pippi Longstocking
Blessed with superhuman strength and mischievous antics, Pippi Longstocking is a fictional character in a series of children’s books created by author Astrid Lindgren in 1945. The books have so far been translated into 64 languages and have been adapted into multiple films and television series.
Let The Right One In
In 2004, horror novelist John Ajvide Lindqvist introduced us to the heartwrenching relationship between 12-year-old Oskar and a centuries-old vampire child, Eli. Let The Right One In became an international bestseller almost instantly. In 2008, the book was adapted into a Swedish film and later remade into Hollywood’s Let Me In, which was released last year to worldwide acclaim.

Welding helmet with liquid crystal visor
In 1978, Åke Hörnell created the prototype for a welding helmet fitted with a liquid crystal visor, which automatically darkens when the light from the welding arc strikes the helmet’s sensors. The device has since helped improve working conditions for welders around the world, as they no longer have to raise or lower the visor during various tasks.
Others include: