"Bila Larut Malam" is a Malay language Talk Show hosted by Afdlin Shauki,
produced by Antah-UTV Productions. It is a light comedy chat show similar in style
to David Letterman and Jay Leno but in Bahasa Malaysia.


I was invited to appear as a guest on the 14th Episode. 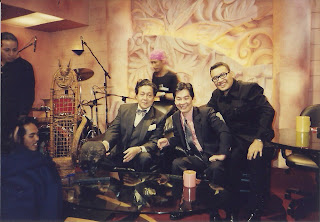 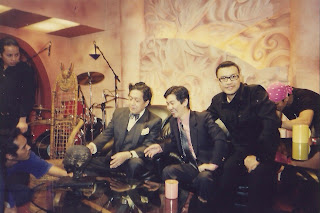 Afdlin Shauki was so slim and fit then.... 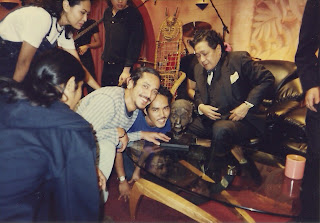 The camera crews posing with a real Mummy head 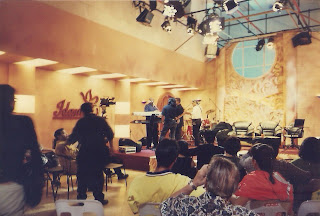 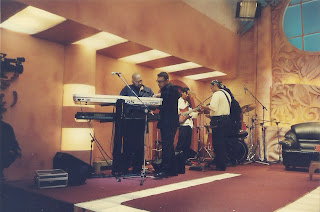 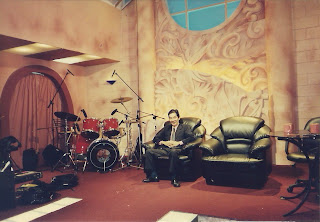 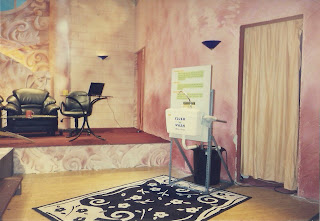 I brought along my 'Flash n Wash' toilet cistern for the spoof shooting. 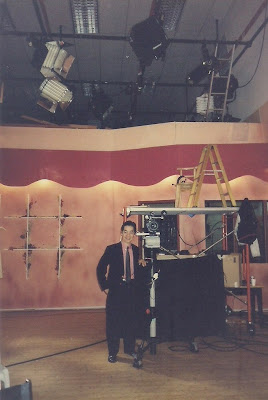 Posted by RobestYong at 7:08 AM