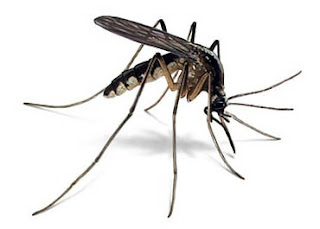 Back in the early 1990's, everybody else are using repellent product to counter the mosquito menace. The results are temporary solutions as they merely drove the mosquito away only to return when the repellent wore off. Or they will be off to bite someone else. Repellent do not kill them or eliminate the problems.
KAMIKAZE
Fatal Attraction

The unique invention attract the mosquito instead than repelling them.
The insects are attracted by the scent of the formulation of N,N-DIETHYL-M-
TOLUAMIDE and/or THE ETHYLESTER OF 2-METHYL-3-PENTENOIC ACID (Octenol) to
a sticky glue compound which will prevent them from flying off when they come in contact.
This product do not require any electricity, burning or harmful chemical.
In 1995, this invention was shown at the International Invention Fair in Geneva and won
a Silver Medal. 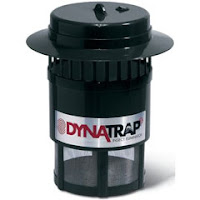 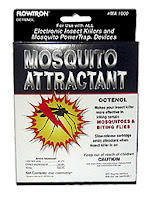 And only in recent time,  people are going into the same concept of 'attraction' by
using 'Octenol' to lure the mosquito to their electric traps. 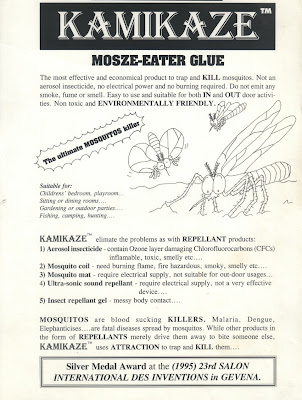 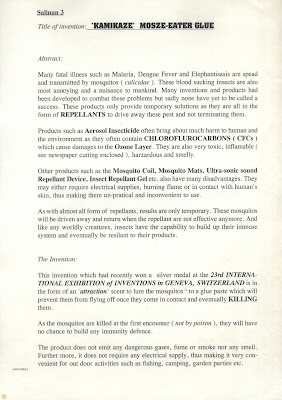 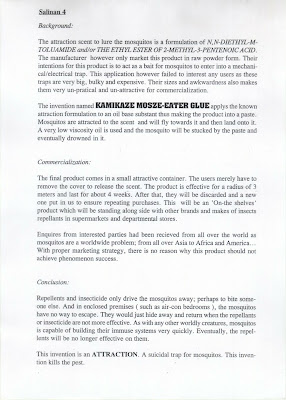 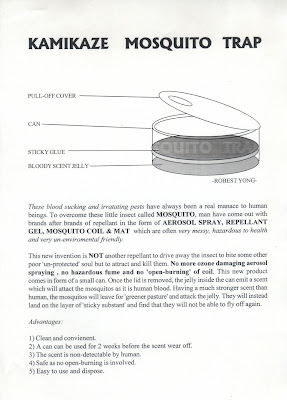 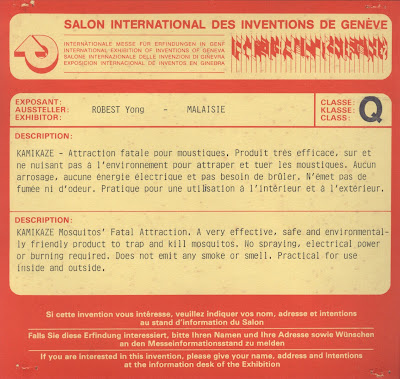 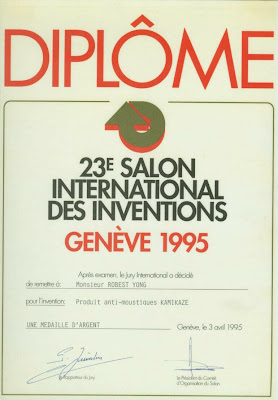 Silver Medal winner at the 1995 International Invention Fair in Geneva, Switzerland
In the News 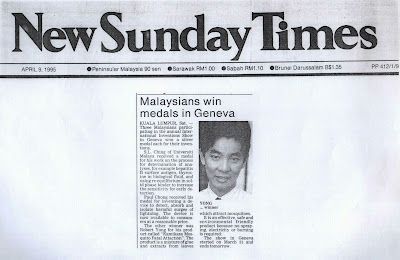 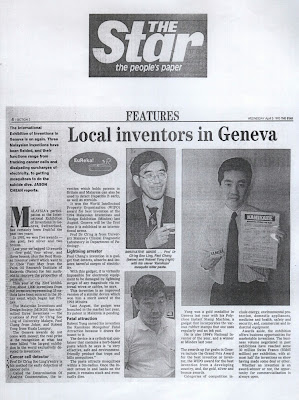 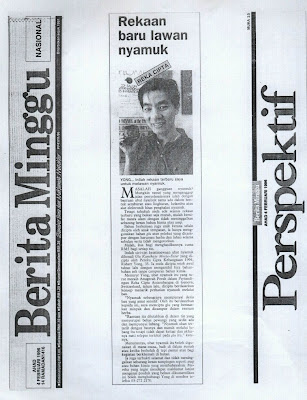 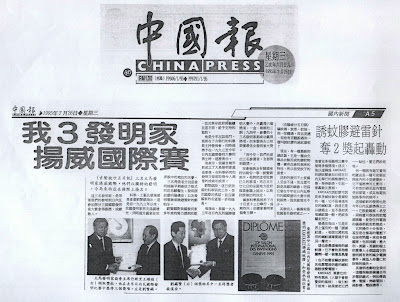 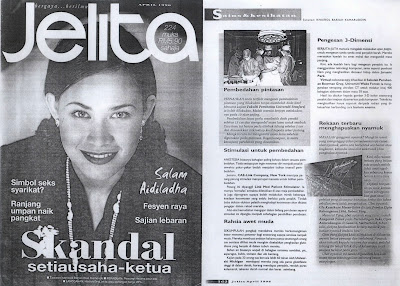 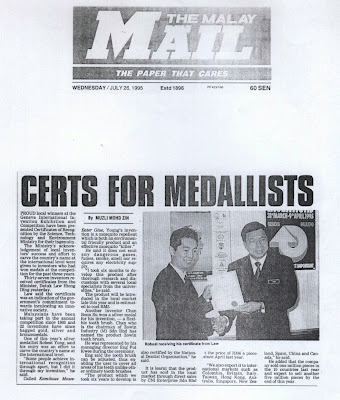 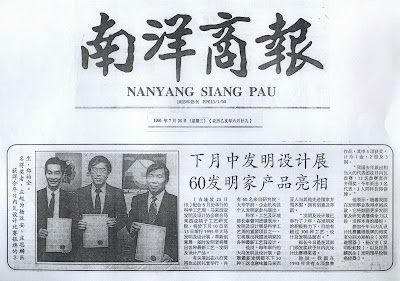 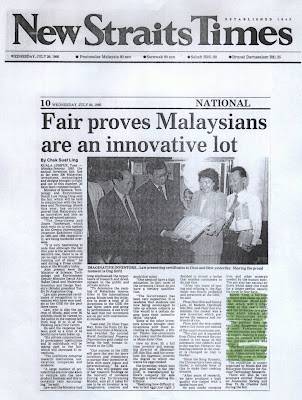 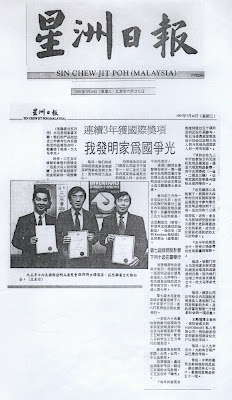 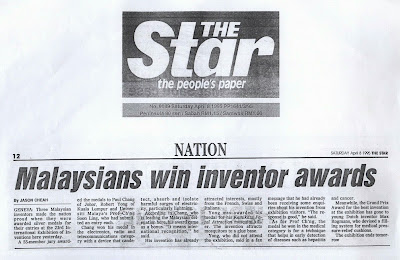 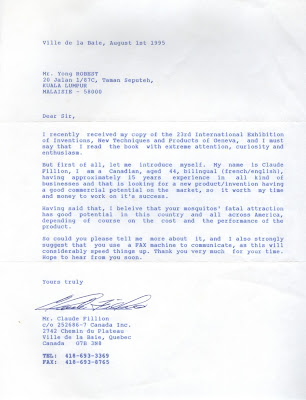 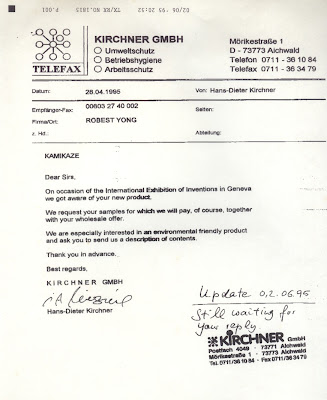 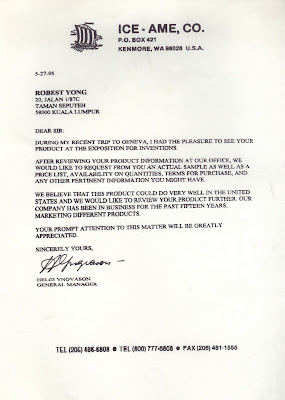 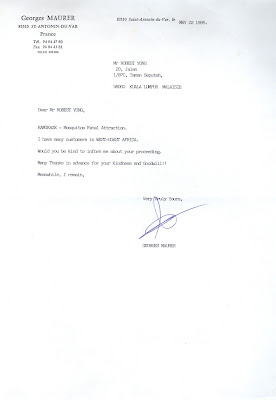 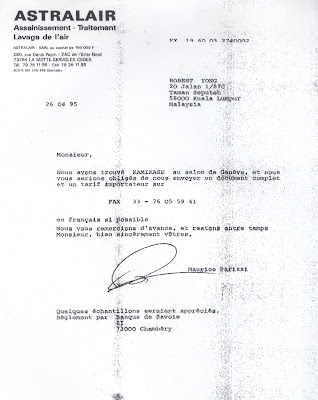 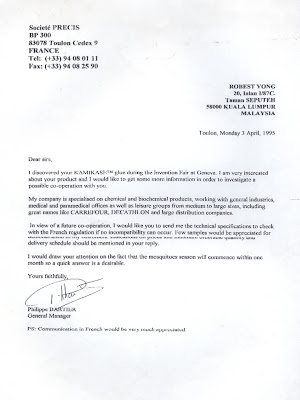 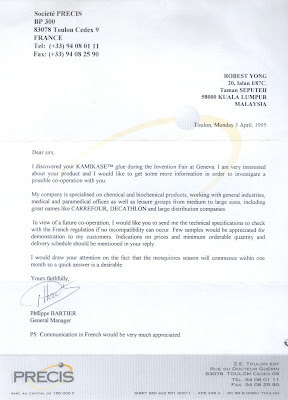 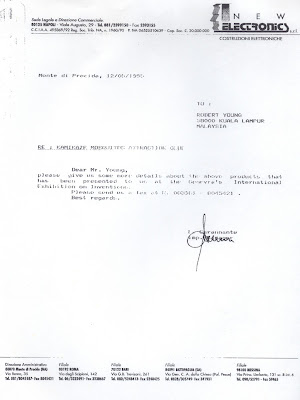 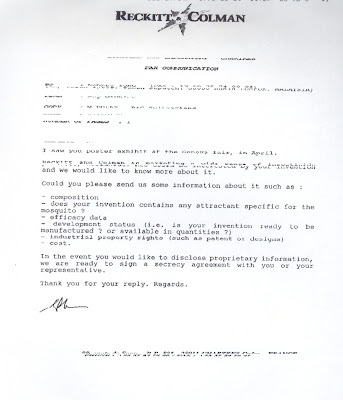 France
Posted by RobestYong at 7:52 PM